All Collections
Creating in Kodable
How to: Build Your Own Fuzz

How to: Build Your Own Fuzz

Use the Fuzz Builder to build your own Fuzz using JavaScript or Swift!

In addition to Kodable's many structured lessons and levels, learners can create and use their own custom Fuzzes by applying concepts learned throughout the product.

Where do my learners go to build a custom Fuzz?

When learners log into their profiles, the Fuzz Builder is located on the left side of Fuzztopia. It unlocks through gameplay as follows: 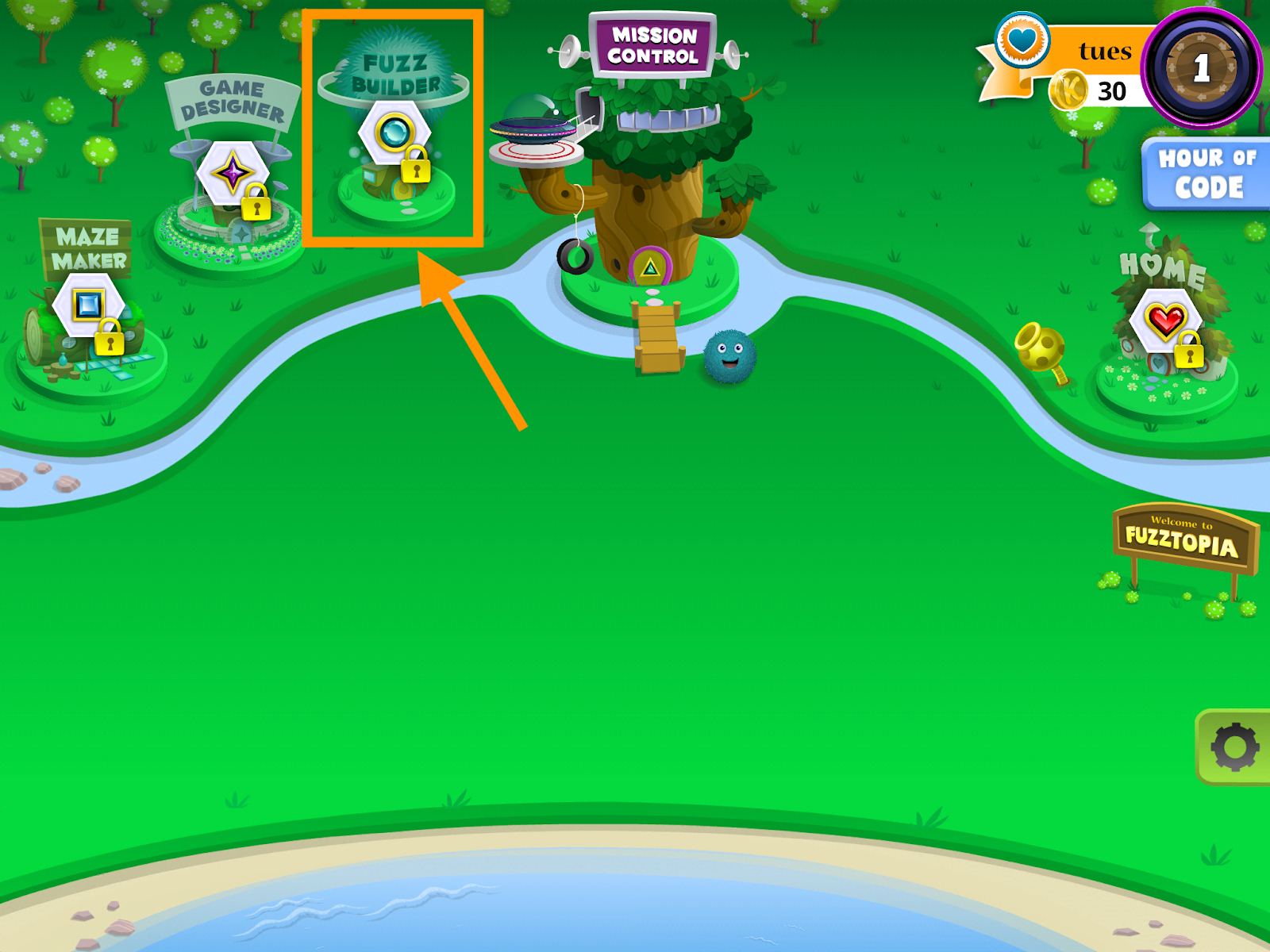 Once a learner has completed one level of Smeeborg and moved up to Rank 1, the Fuzz Builder unlocks in Fuzztopia. 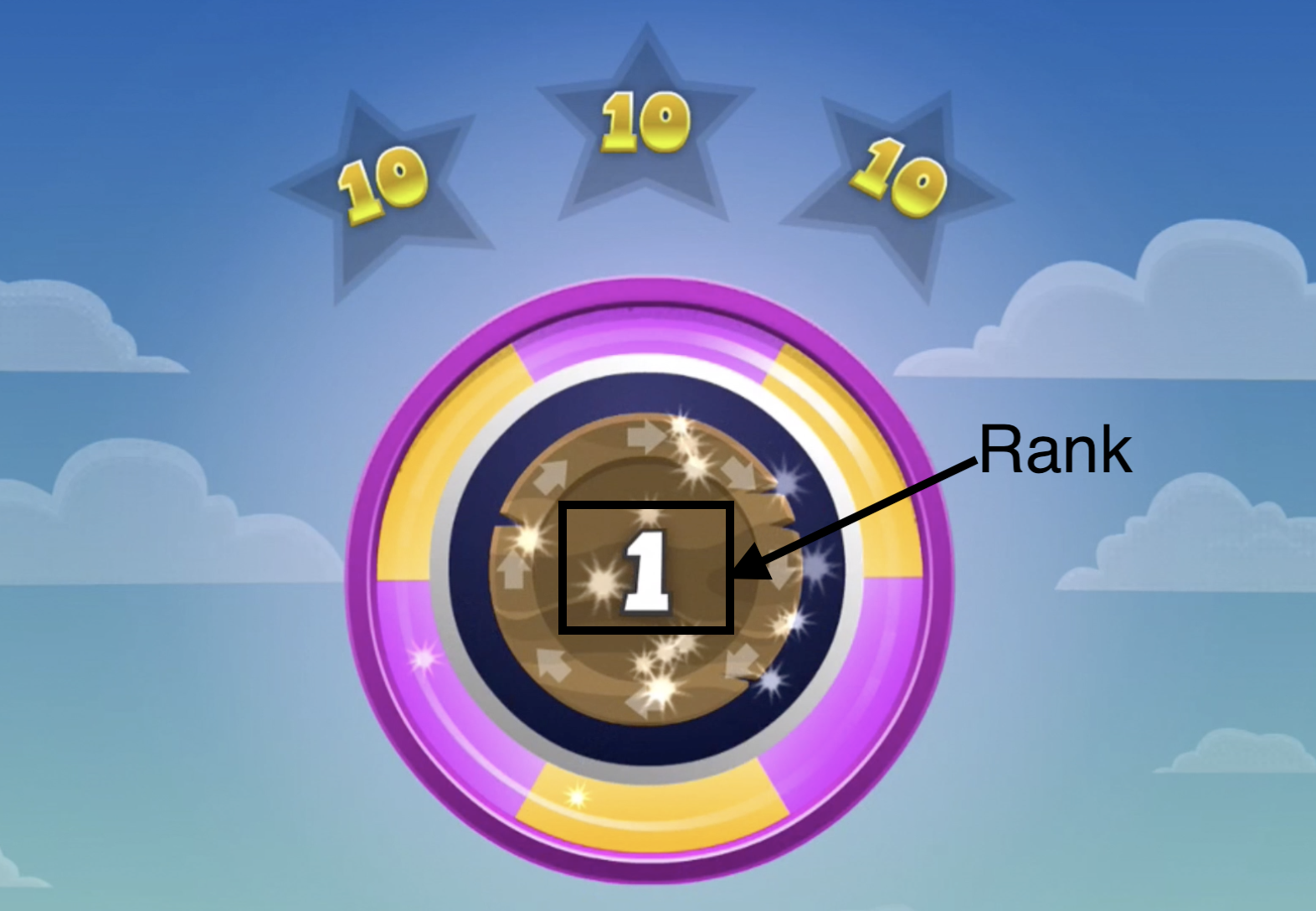 Once a learner has moved up to Rank 4, the Fuzz Builder unlocks in Fuzztopia. 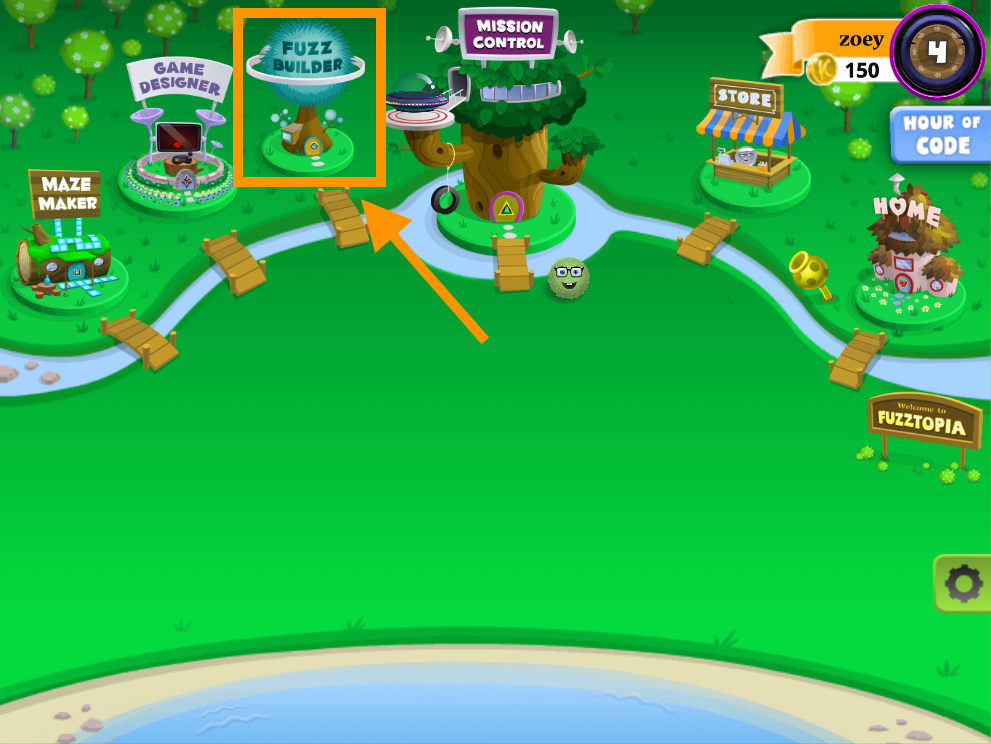 How does the Fuzz Builder work?

Students select Fuzz Properties and Functions from the Utility Area. Then, lines of code will appear in the Source Editor for each of the bodies, eyes, mouths, hats, or items the child selects. This code is based on the coding language selection in the Toolbar. In addition, the input of code results in an output in the Simulator - a brand new fuzz character! 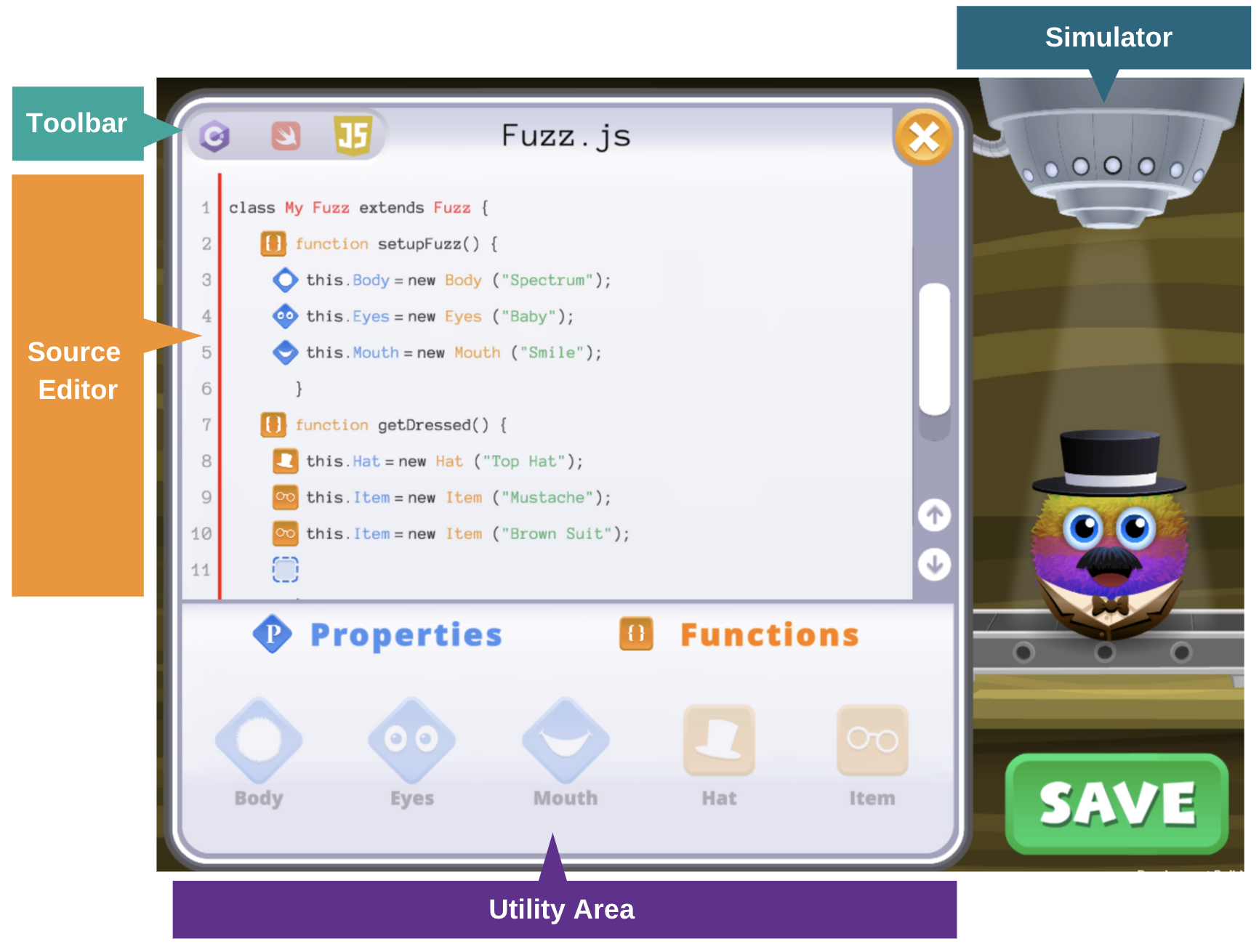 Learners can build as many fuzzes as they want. Students using Kodable in school can also edit/remix the fuzz characters built by their classmates' by modifying the Fuzz properties.

Why don't my learners have access to the Fuzz Builder or more properties to use to create their custom fuzzes? 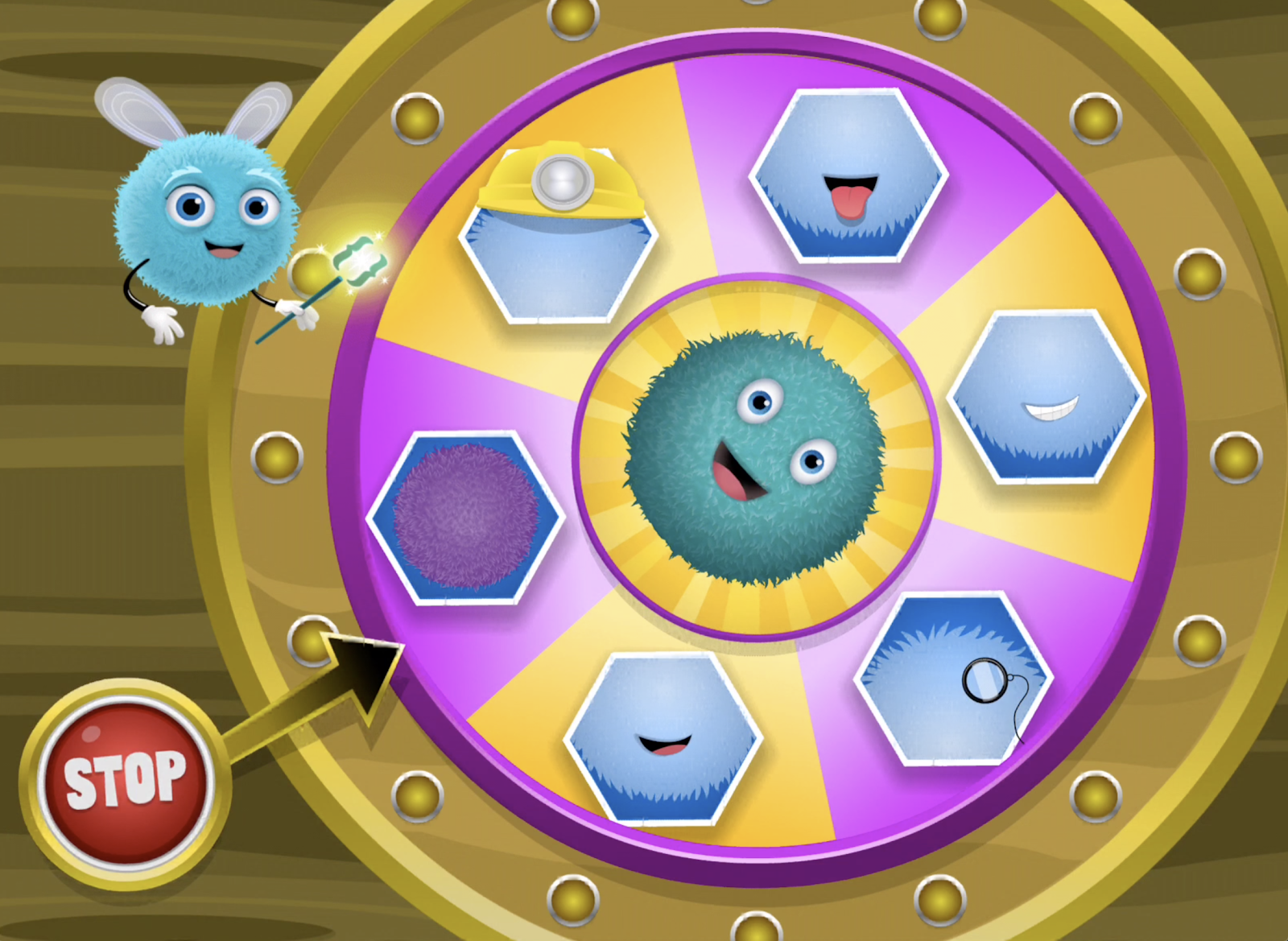 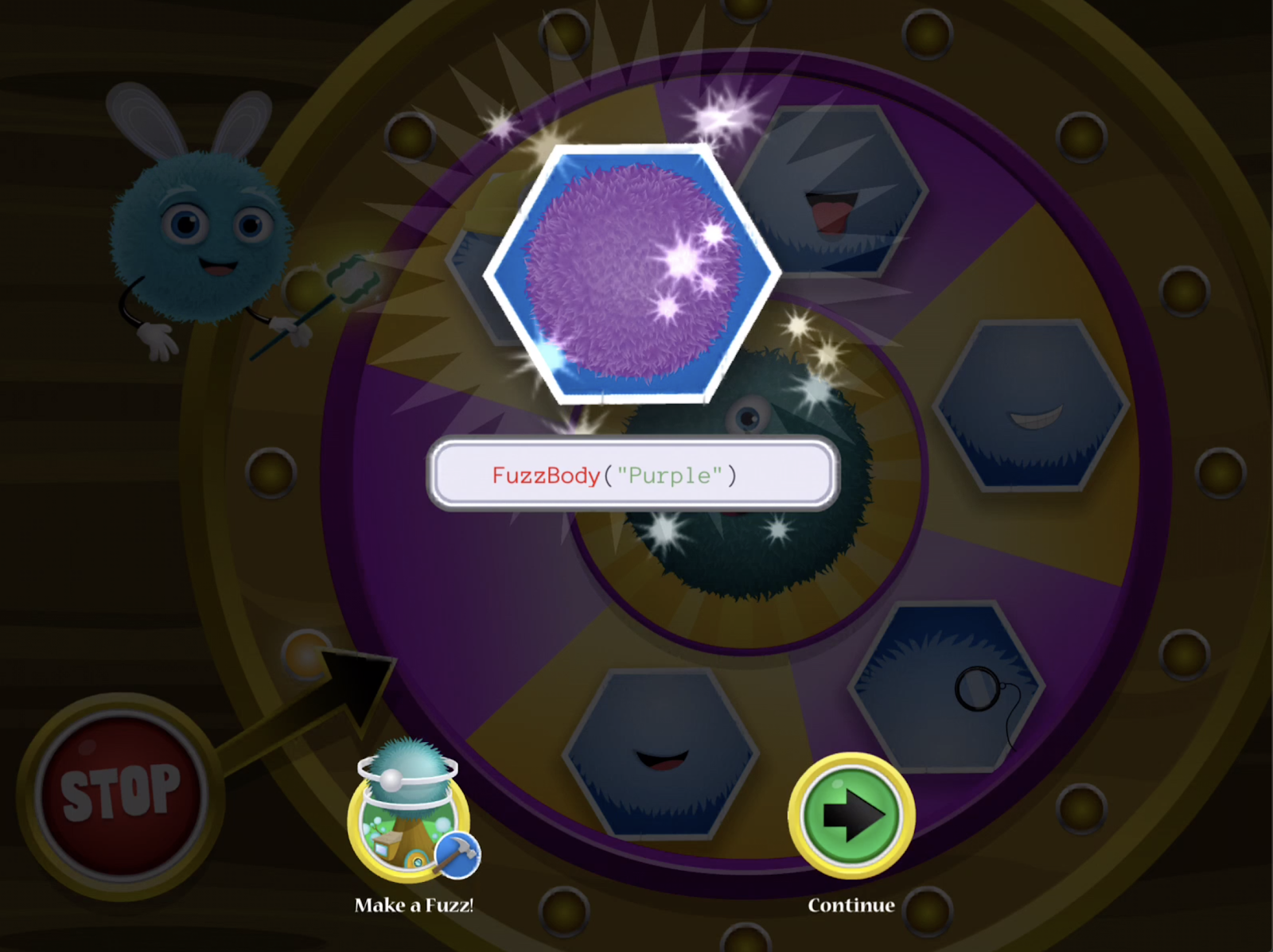 How do my learners use their custom Fuzzes?

Once a learner has created and saved their new Fuzz, that Fuzz becomes available for the learner to select as their avatar to play with throughout Kodable. 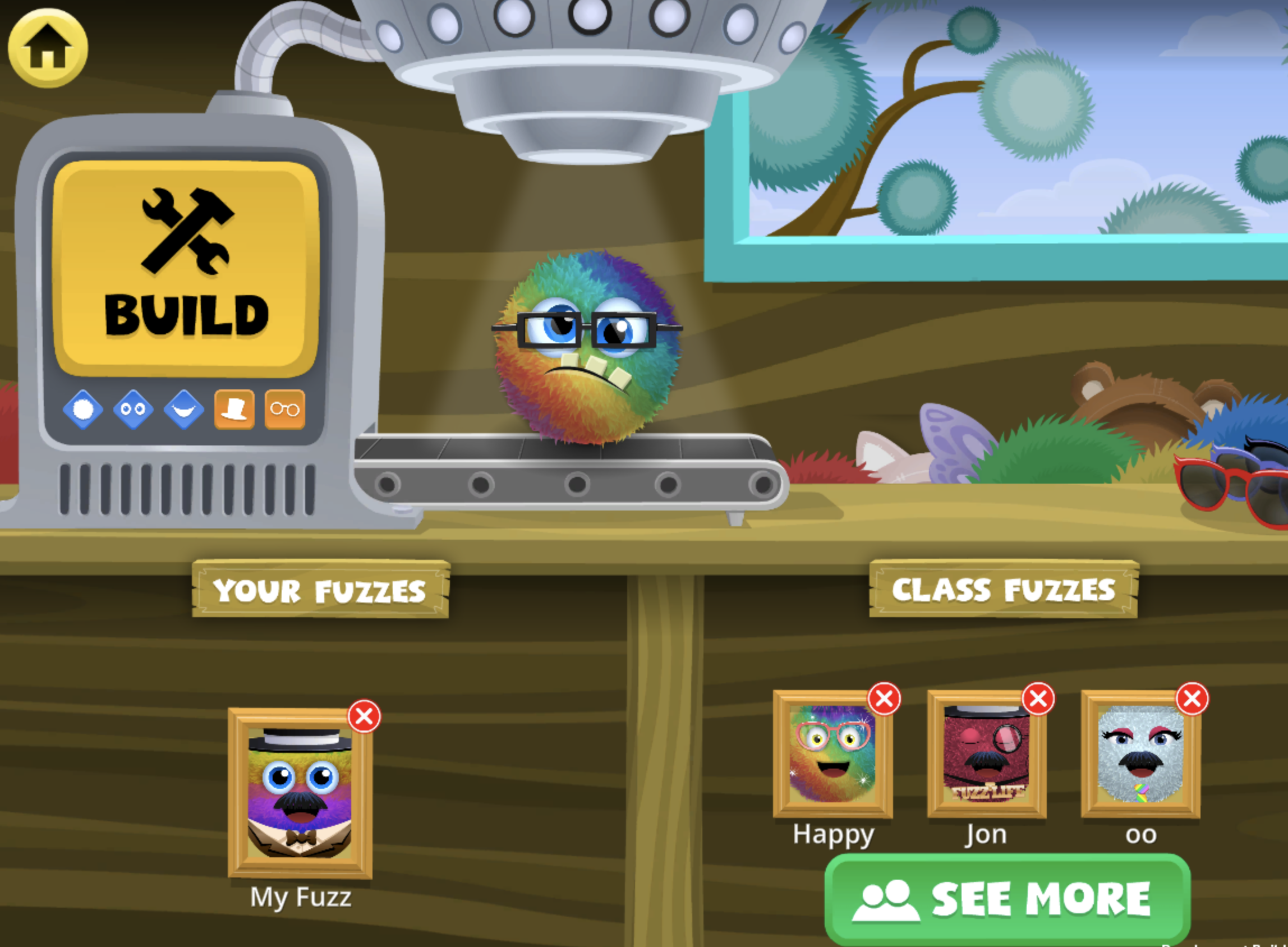 For example, if a learner creates a new fuzz in the Fuzz Builder (shown above under "Your Fuzzes"), that fuzz will then be featured in the Smeeborg maze levels (shown below). 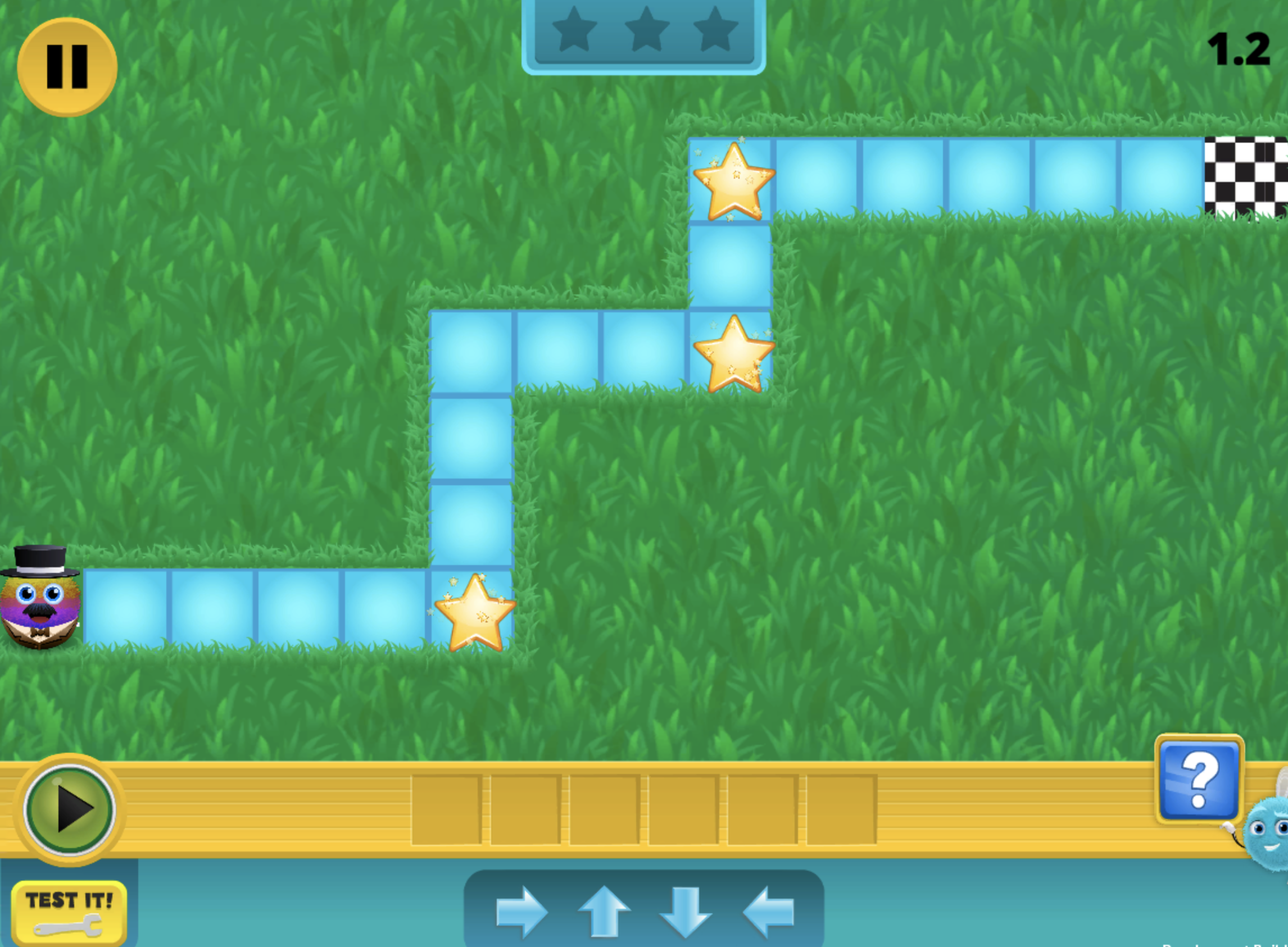 How to get started?

Try this beginner activity introducing properties to make a Fuzz!

Note: the Fuzz Builder has gotten an upgrade since this Coding Mission was created. The interface will look a little different, but the mechanics are the same!

Check out our introduction to the Fuzz builder mini-lesson, "Fuzzy Friends", in our Lesson Library to get students started.

Learn more about the KODE editor in Kodable here.