All Collections
Creating in Kodable
How to: Kodable Game Designer

How to: Kodable Game Designer

Design, build, and test your own games using real JavaScript!

Asteroidia comes in two parts - the game levels and the Asteroidia Game Designer. The Astroidia game levels teach the concept of “variables”: strings, integers, and arrays. Variables involve assigning a specific value -- like color, quantity, or speed -- to something, and then using that value in the program.

The Asteroidia Game Designer builds on this concept. Students expand their understanding of variables by changing values that actually modify their version of the Asteroidia game. This could be which way the asteroids drop, the name of their games, and even the difficulty itself!

Using the Kid-Optimzed Development Center (KODE) , students will modify string and integer values for the properties below and more:

Where do my learners go to use Game Designer?

When learners log into their profiles, Game Designer is located on the left side of Fuzztopia

Why don't my learners have access to the Game Designer or more variables to use to create their games?

After learners have completed a few levels of any game and earned up to Rank 4, Game Designer is unlocked, along with all of the creative areas of Kodable.

The key (a diamond gem) that unlocks Game Designer is placed on the level map for learners to see their upcoming reward. When learners complete level 4 of Astroidia, the key transports them back to Fuzztopia and automatically opens up Game Designer.

As learners progress through Asteroidia, they unlock more variables -- like throwing speed -- to use to enhance their games. 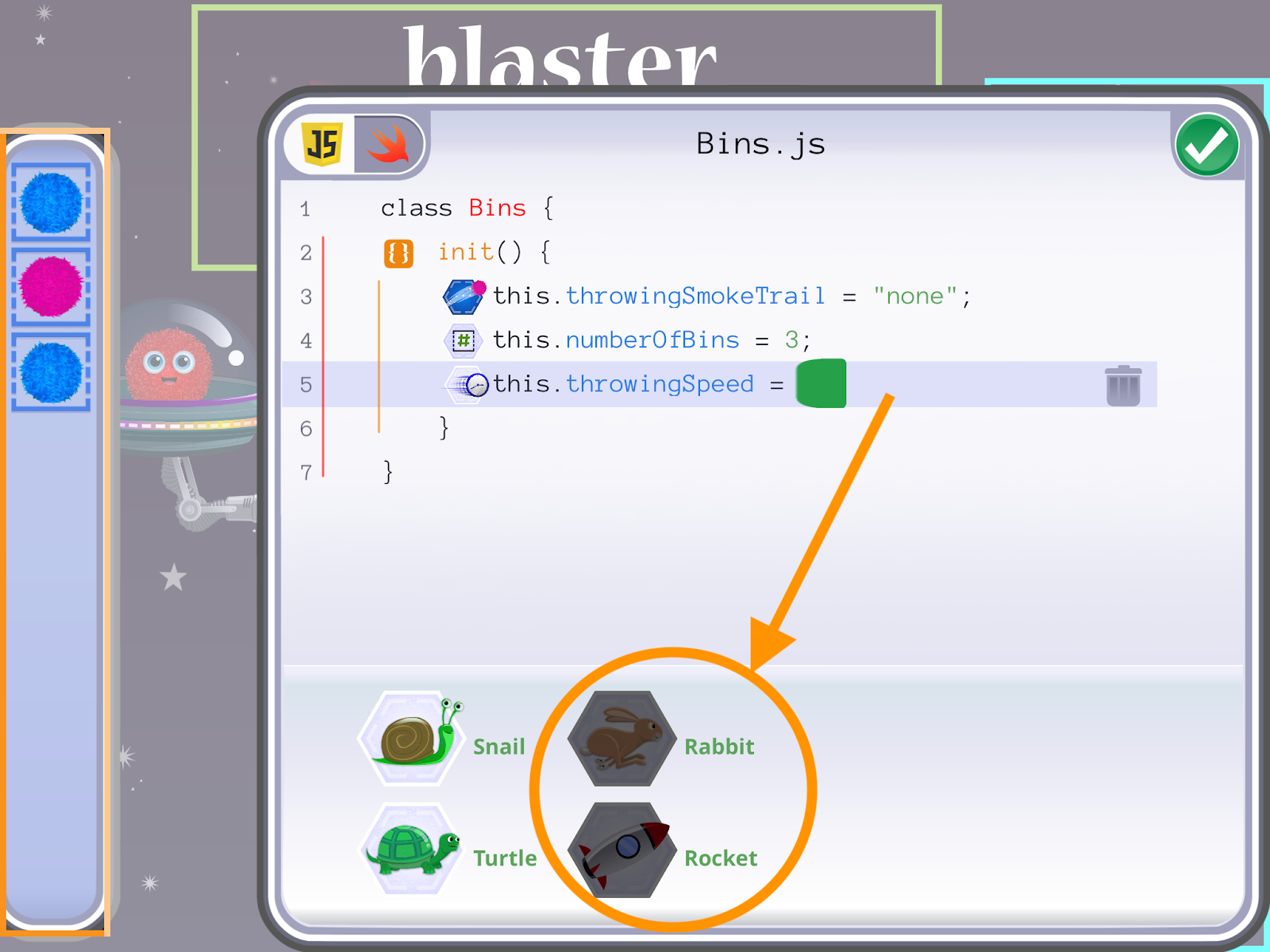 How to get started?